On Saturday, four eligible bachelors from the hit ABC Show ‘The Bachelor Pad‘, were in Edmonton for the Edmonton Woman’s Show. Jesse Kovacs, Jesse Beck, Kiptyn Locke, and David Good, joined forces with six local Edmonton bachelors to raise money for the Lurana Shelter Society. The Lurana Shelter offers a safe haven for women & children who are victims of domestic abuse. The celebrity bachelors were joined by local bachelors Jason Gregor, Ryan Vigneau, Dave Olsen, Brennan McFaul, Lukas Lock, and Dustin Bateyko. Ryan Jespersen from City TV’s Breakfast Television and Kat Brandon from Slice TV’s Re-Vamped, served as the MCs and auctioneers for the event. Together, all 10 bachelors were able to raise close to $10,000 thanks to the generous donations of 10 lovely ladies. 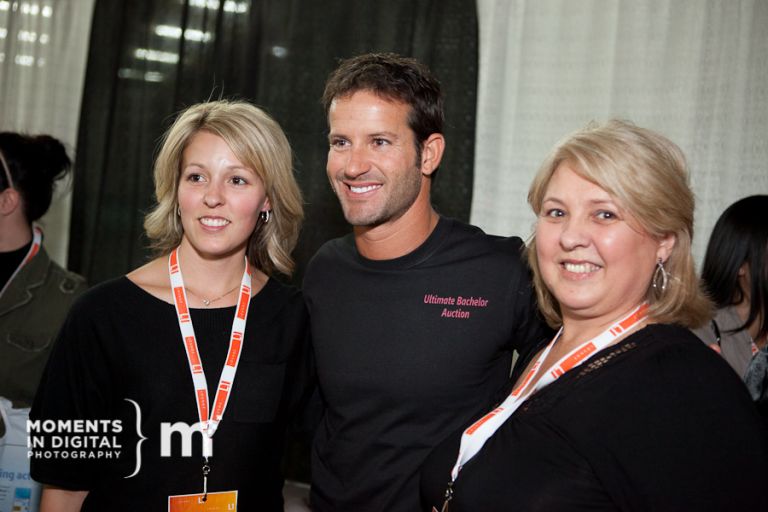 Kiptyn Locke with Fans at the Edmonton Woman’s Show 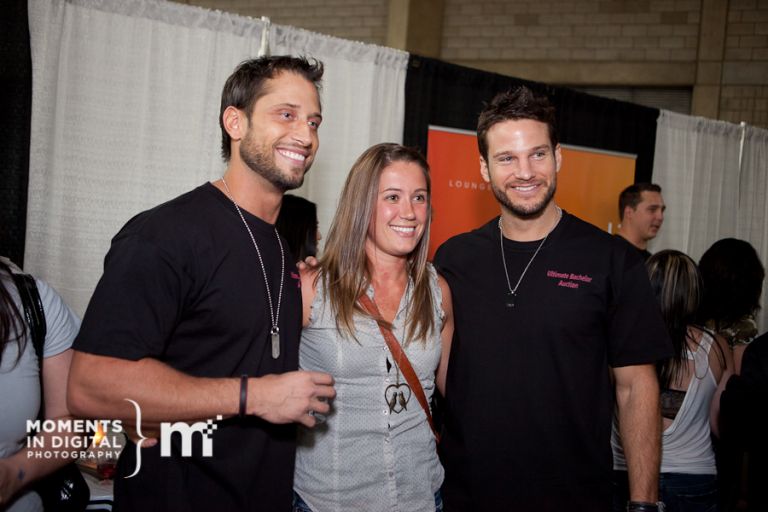 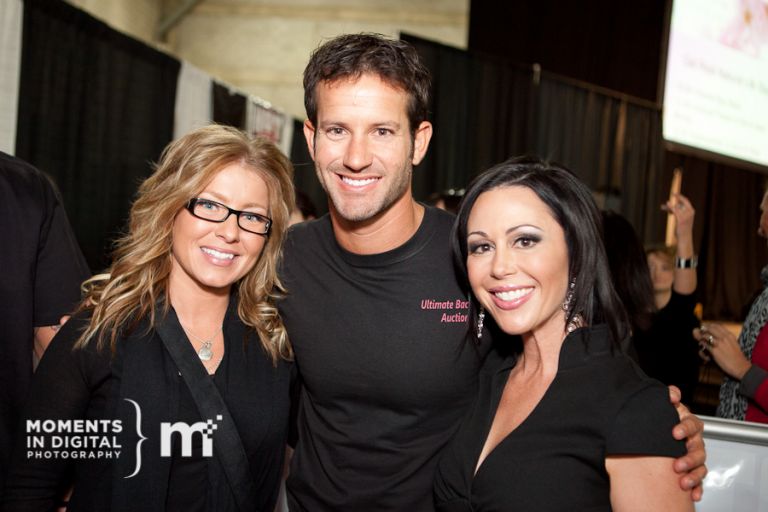 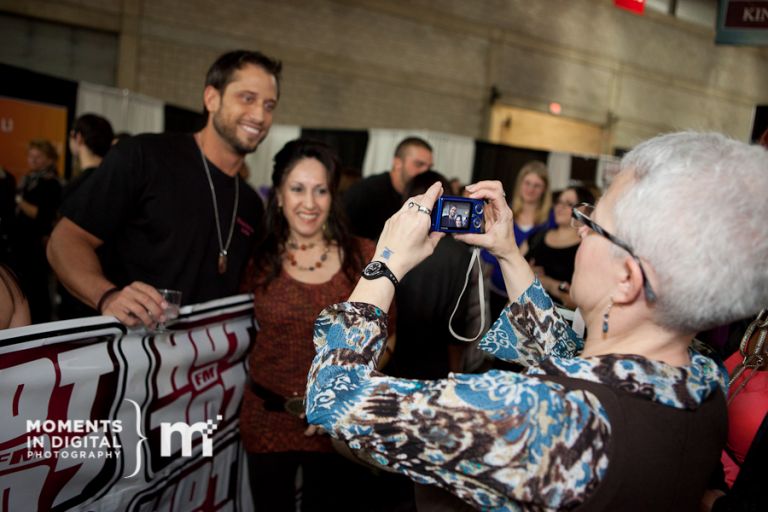 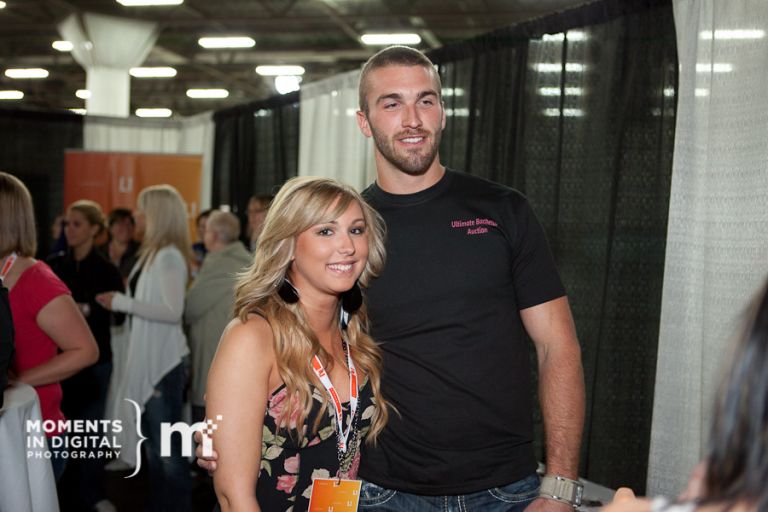 Jesse Beck with a fan in the Hot 107 VIP Lounge 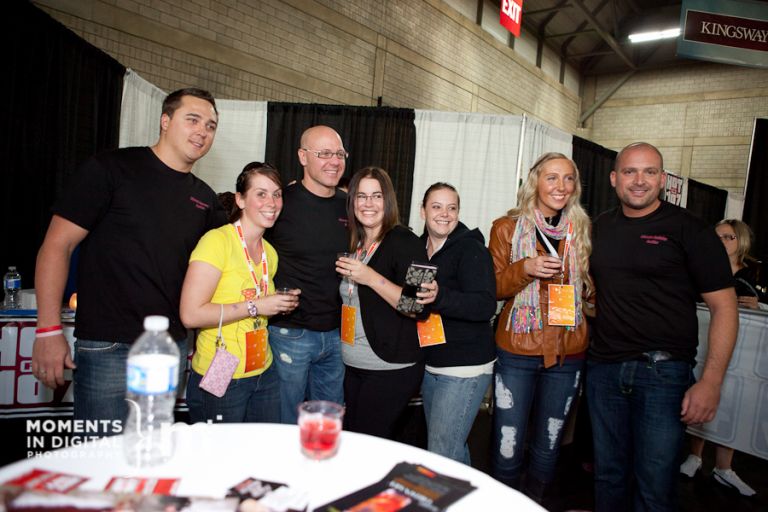 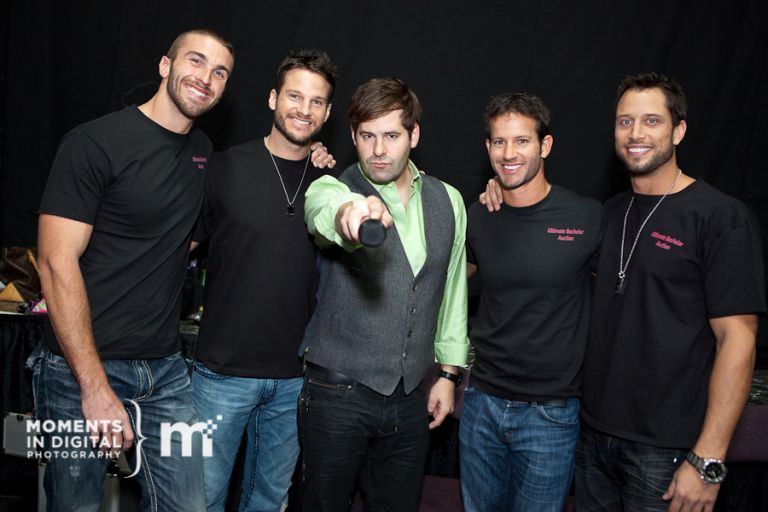 Ryan Jespersen with the men from the Bachelor Pad 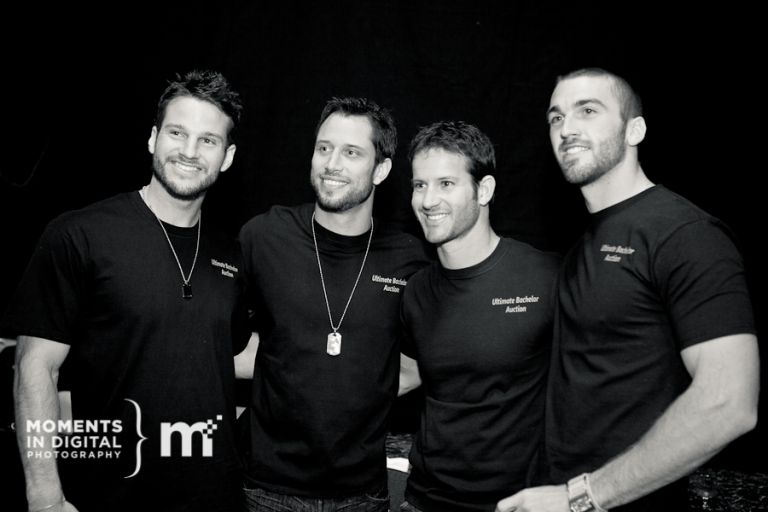 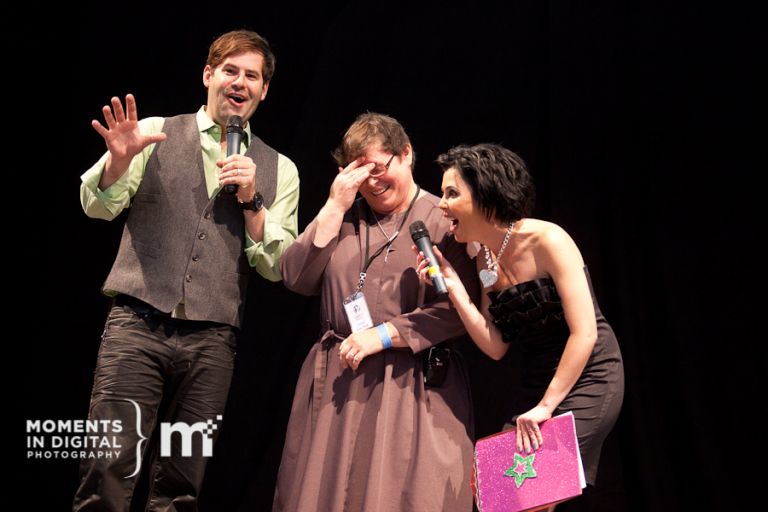 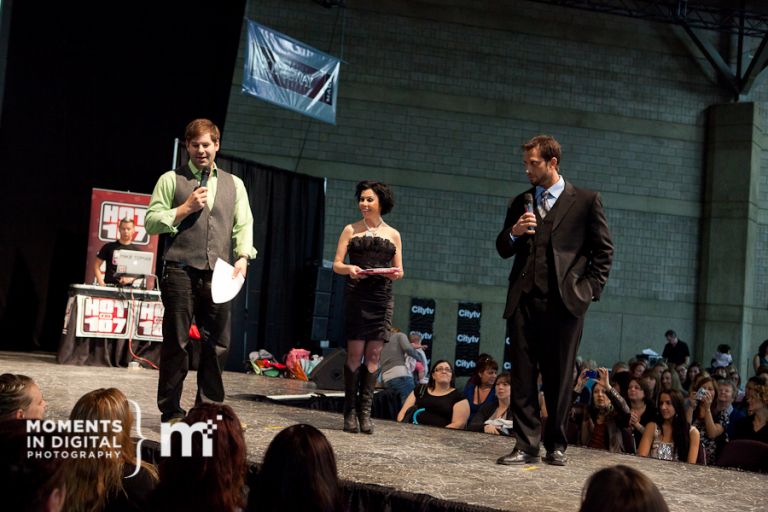 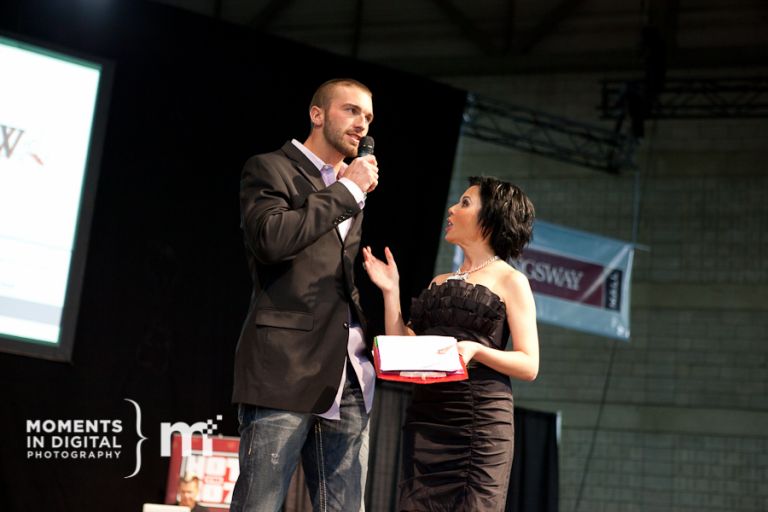 After the auction was completed, the winning bidders were whisked away to Creations restaurant in the Sawridge hotel for the one-on-one dinners and we tagged along to photograph the festivities. 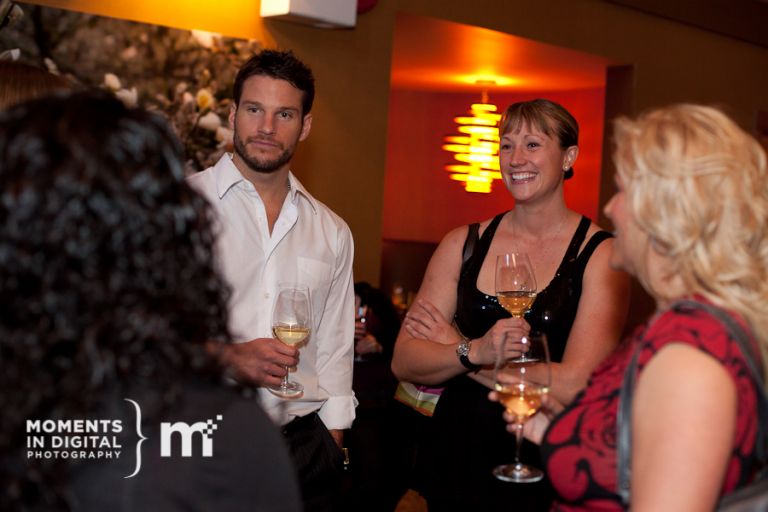 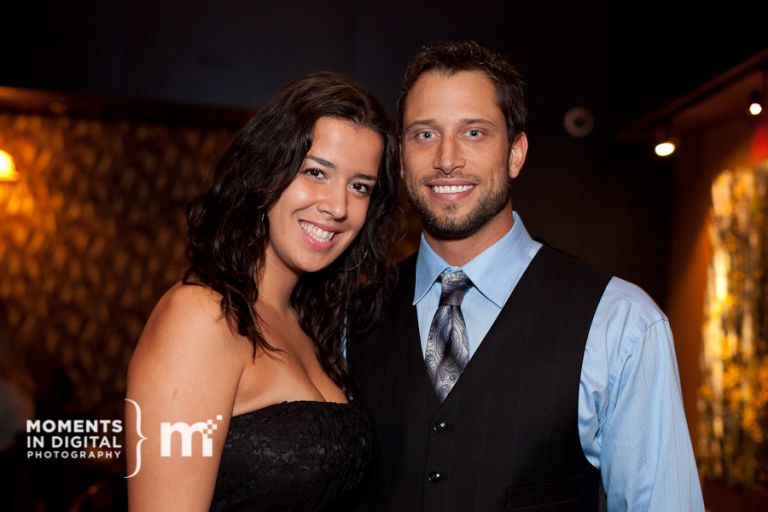 David Good with his winning bidder 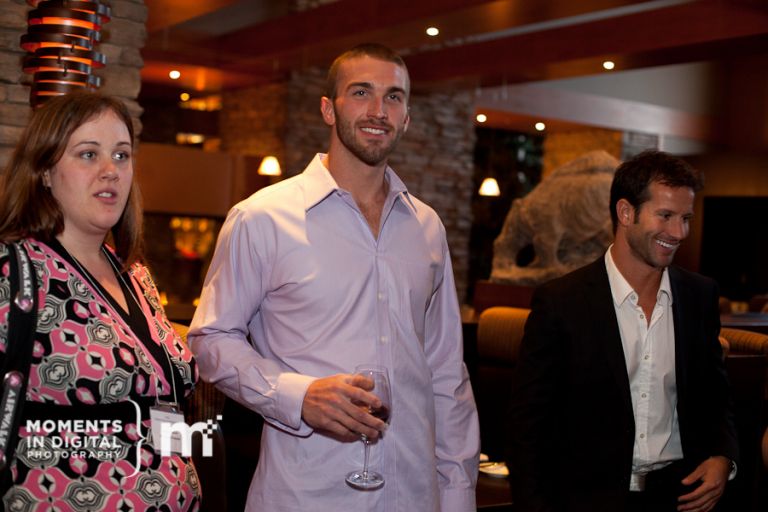 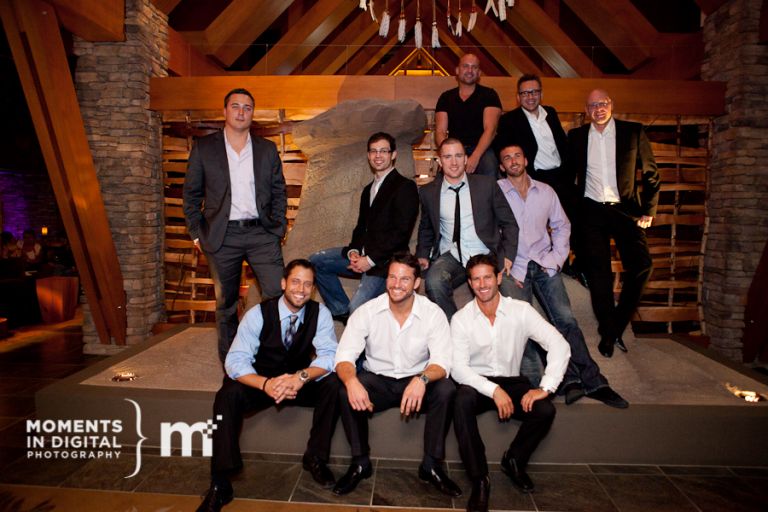 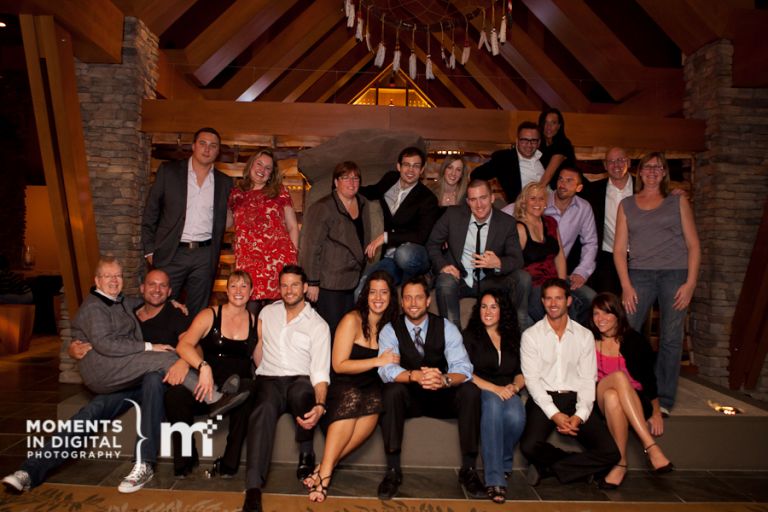 The Bachelors with their dates for the evening