Ring a ling. Ding a ling. It’s Christmas time in the city of Edmonton. While you’re out running around doing your Christmas shopping, be sure to stop by either location of Delux Burger Bar to try this month’s Celebrity Chef Burger from Kari Skelton & Jason Roberts and support the Christmas Bureau while you’re at it.

Kari and Jason are the co-hosts of the Wake Up Show on Up 99.3 which can be heard every weekday morning. Their burger is appropriately named the ‘Wake Up’ burger and features a 60z Heritage Angus beef patty, breakfast sausage, Canadian bacon, orange cheddar, chipotle ketchup, lettuce, and tomatoes on a fresh baked bun. $1 from every burger sold will support the Christmas Bureau and this burger is only on the menu for the month of December.

Readers of my blog may recognize Kari from last year when she participated in the Dancing for the Kids event which we photographed in support of the Boys and Girls Clubs of Edmonton. Kari was also a former Delux Burger Celebrity back in November of 2009 and her husband Ryan Jespersen of Breakfast Television was the very first Celebrity Chef when the campaign launched in July of 2009.

We had a lot of fun during our shoot and Jason did everything he could to make Kari laugh and gross her out at the same time. Here are a few photographs from our shoot at Delux Burger in West Edmonton Mall. 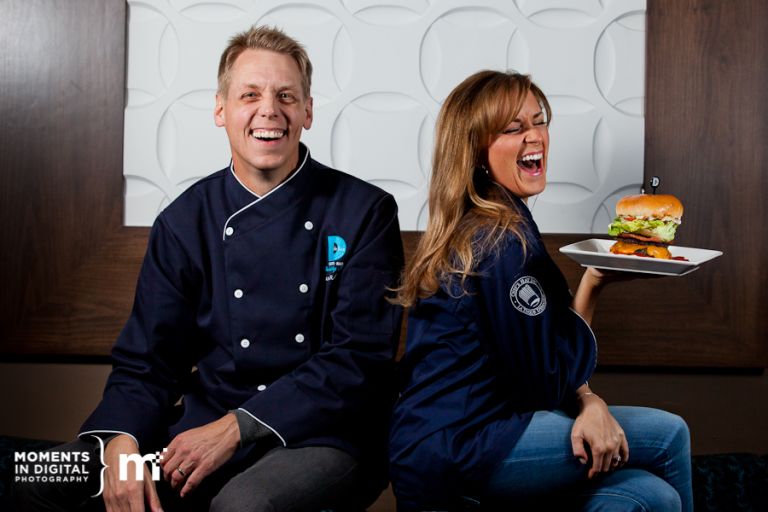 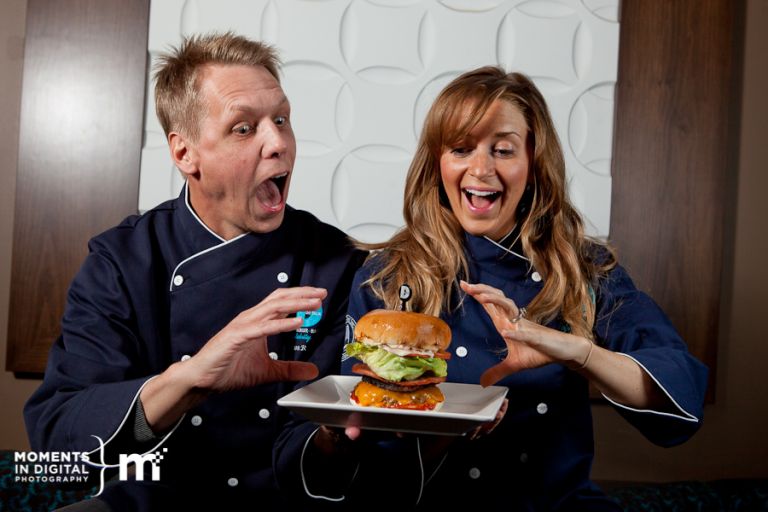 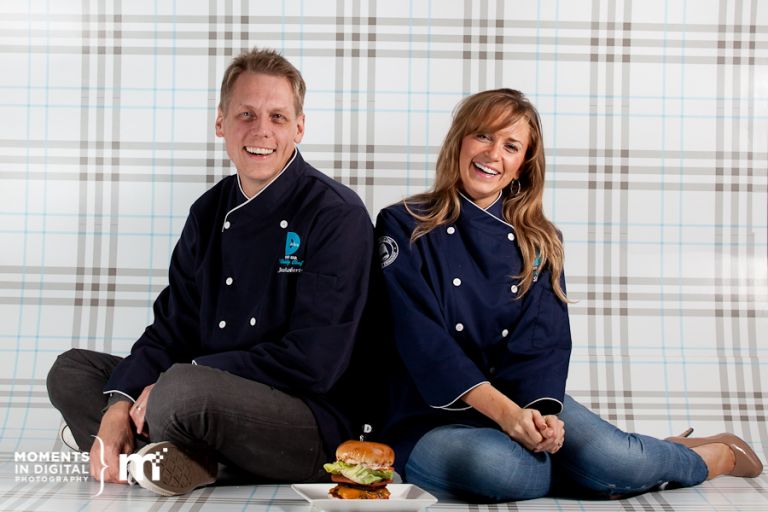 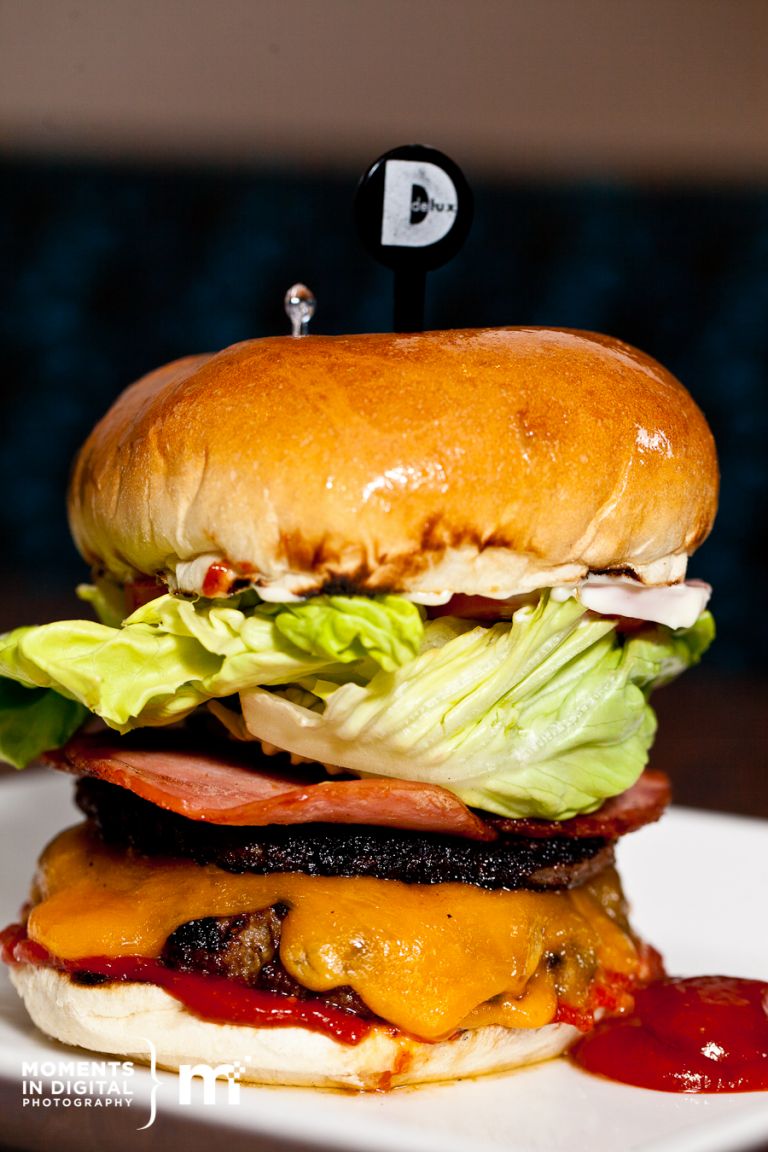